The Vale Brewing team are dishing out a few pats on the back after taking home the SA brewing industry’s top gong at the Royal Beer + Cider Awards. The Champion Large Brewery Trophy was awarded to Vale after we won a mighty 15 medals.

The 10th annual Royal Beer + Cider Awards were held on Wednesday night at Suburban Brew with the usual  impressive bevy of large and small SA breweries. Organisers were delighted with the quality and number of tap beers and any doubts that the disruptive year would see a drop in entries were unfounded.

The Vale pale’s shone the brightest with Vale Tropic Ale and Vale Metric IPA both winning gold. Over at Fox Hat it was the Fox Hat Metric IPA and the Fox Hat Red Pelt that smashed their way to the top of the hops. Hot on their golden heels were nine silver medals and 2 bronzes* awarded to Vale and Fox Hat beers across the line.

It has capped off a madcap year throughout which Vale has never stopped focusing on the quality and consistency of our beer (along with developing some rip-roaring new products.)

As an independent family business Vale Brewing is both chuffed at winning this honour and humbled by the quality of the competition. 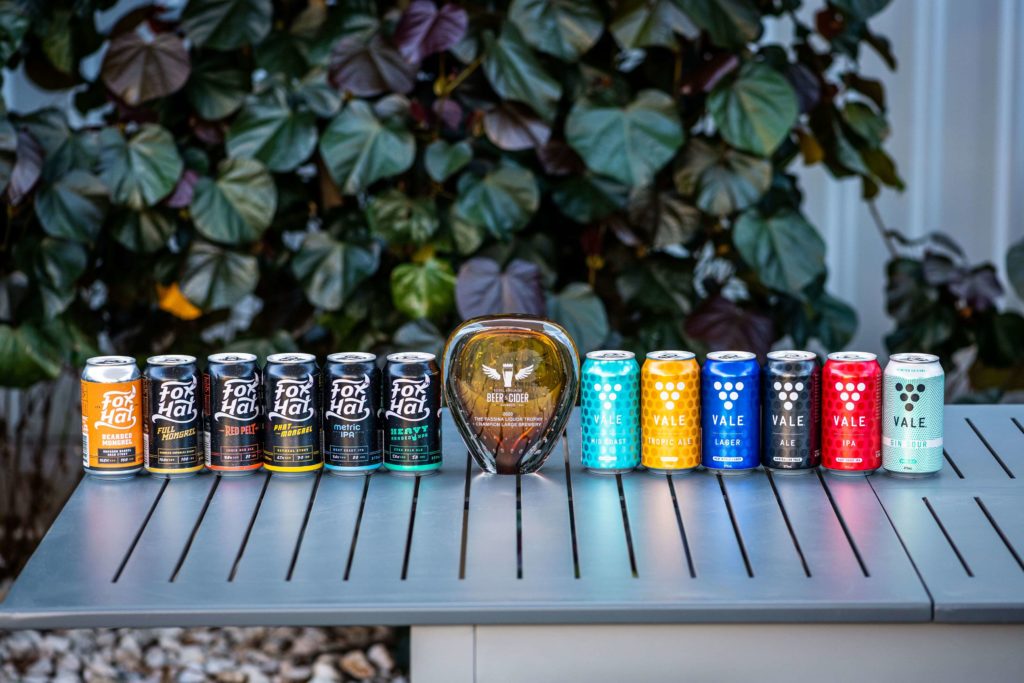